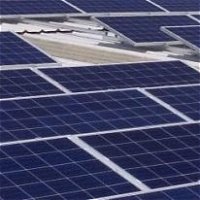 Companies considering installing commercial-scale solar power systems in Western Australia could potentially save up to tens of thousands of dollars per system after the removal of unnecessary regulatory red tape.

Under the Western Australian government’s red tape repeal initiative, operators of commercial solar power stations are no longer required to be licensed by the Economic Regulation Authority; an issue that had previously prevented some from installing a system.

“These changes potentially reduce the cost of commercial-scale rooftop solar installations by up to $30,000 per system, while maintaining the safety and integrity of the electricity network,” said WA Energy Minister Mike Nahan,.

” The next phase of the solar revolution will be driven by commercial rooftop solar systems and that’s why we’re making it easier for businesses to take advantage of this technology.”

Finance Minister Sean L’Estrange said the changes were made as there were already are numerous safeguards in place. For example, revisions to Western Power’s technical rules and connection standards have removed redundant protection requirements now addressed by modern solar inverters.

“Energy is an essential service and these reforms are an important step in enhancing the efficiency of this economically significant sector,” stated  Minister L’Estrange.

It’s estimated the repeal will save industry more than $1 million per year.

Companies paying more than 15c/kWh for daytime electricity usage could benefit from a commercial solar power system sized to daytime load. Such a system can provide a payback time of between 5 and 7 years.

While the cost of commercial solar has plummeted in recent years, firms looking to keep their capital can consider a solar PPA (Power Purchase Agreement) arrangement; which also removes the burden of ownership.

The addition of a commercial energy storage solution such as the Tesla Powerpack battery system can boost the benefits of going solar, particular in relation to reducing the demand charges that make up a large proportion of a company’s electricity costs.

With much of Western Australia enjoying plentiful solar irradiation resources, going solar can have a significant positive impact on a company’s bottom line in addition to demonstrating solid environmental stewardship.