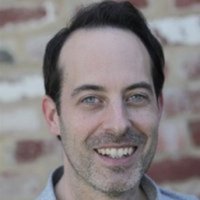 Four nominations have been received for the role of chair of the Clean Energy Council’s Commercial And Utility Scale PV Directorate. James Larratt, representing SunEdison – parent company of Energy Matters – is one of the nominees.

The Commercial and Utility Scale Solar PV Directorate coordinates policy and advocacy to identify and explore challenges with the development commercial/utility scale solar in Australia. The Directorate is made up of CEC members including key developers, construction companies, energy retailers and consultants.

Commercial scale solar PV has significant market potential in Australia that has not been realised to date; one of the major barriers being connection to the mains grid. For utility scale solar, the key issues relate to difficulty in financing rather than technical barriers.

James Larratt has over 6 years experience in solar; specifically focused on policy, economics and commercials of utility, commercial and industrial projects.

James’ commercial/utility focus began with a consulting role with the State of Victoria relating to Solar Flagship bids, and includes establishing the Commercial Solar business unit at Energy Matters, which ranked #1 in Australia for 10kW to 100kW system installation volume in 2014.

James has experience in developing utility solar projects and understands the challenges of securing bankability, PPAs, and approvals within an uncertain environment.

He has also been involved advocacy of solar to government, including instigating and arranging funding for research into how solar reduces wholesale electricity prices – this is known as the Merit Order Effect.

James’ work enabled policy discussion to shift from the costs of solar to the net benefits of solar. These considerations have been key to CEC advocacy for solar in recent years.

Prior to his solar career, James worked as an advisor to government on infrastructure projects (particularly economics and commercials), and as an investment banker focused on infrastructure.

In addition to the resolution of current uncertainty surrounding the Renewable Energy Target, James sees the priorities of the CUPV Directorate as including managing any potential regulatory uncertainty regarding behind-the-meter commercial solar PPA and lease arrangements, and enhancing the opportunity for bankable off-take agreements for utility scale solar.

Voting slips for the CU PV Directorate Chair have been sent out by the CEC and need to be returned by 5pm AEST Wednesday 1 April. The CEC says if all members eligible to vote have submitted valid votes before Wednesday 1 April, then the organisation will declare the result at that time.