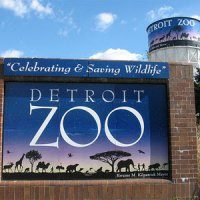 Operations at Detroit Zoo are now even greener after a move to sourcing its electricity from renewables.

The wind power has been acquired through the purchase of Renewable Energy Credits (RECs) with the support of ITC Holdings Corp.

In the USA, a Renewable Energy Credit is similar to the REC system in Australia. According to the United States Environmental Protection Agency, it represents the property rights to the environmental, social, and other nonpower qualities of renewable electricity generation. As in Australia, 1 REC represents 1 megawatt-hour of electricity supplied to the mains grid.

The move to renewables is part of  the DZS (Detroit Zoological Society) Greenprint – a plan to enhance green practices and facilities at the zoo and Belle Isle Nature Zoo, also in Detroit.

“We continue to look for ways to reduce our ecological footprint and thank ITC for helping us to accomplish that goal,” said DZS Executive Director and CEO Ron Kagan. “Our hope is to inspire others to look to clean, renewable energy sources.”

Some of the other energy related improvements made to facility include a USD $2 million lighting, mechanical, controls and water conservation upgrade; which is estimated to save the Zoo nearly $275,000 in annual utility costs, in addition to avoiding 1,500 tons of carbon emissions.

The Zoo also uses 38 solar/electric vehicles to carry equipment and tools. To further reduce fossil fuel usage, the Zoo has more than 60 bicycles used by staff.

Two propane mowers are in use at the facility, which are more efficient than traditional gas-powered mowers. All the Zoo’s diesel vehicles and two diesel generators had been switched to B5 biodiesel.

DZS was the recipient of the 2015 Green Award from the Association of Zoos and Aquariums.

In 2012, Perth Zoo installed a 237kW system, which was the city’s largest array of solar panels at the time.

In Victoria, Werribee Open Range Zoo and Healesville Sanctuary Zoo have each had solar PV systems installed by SunEdison Australia.