Wind and solar capacity will double over the next four years globally and exceed that of both gas and coal, according to an International Energy Agency (IEA) report. 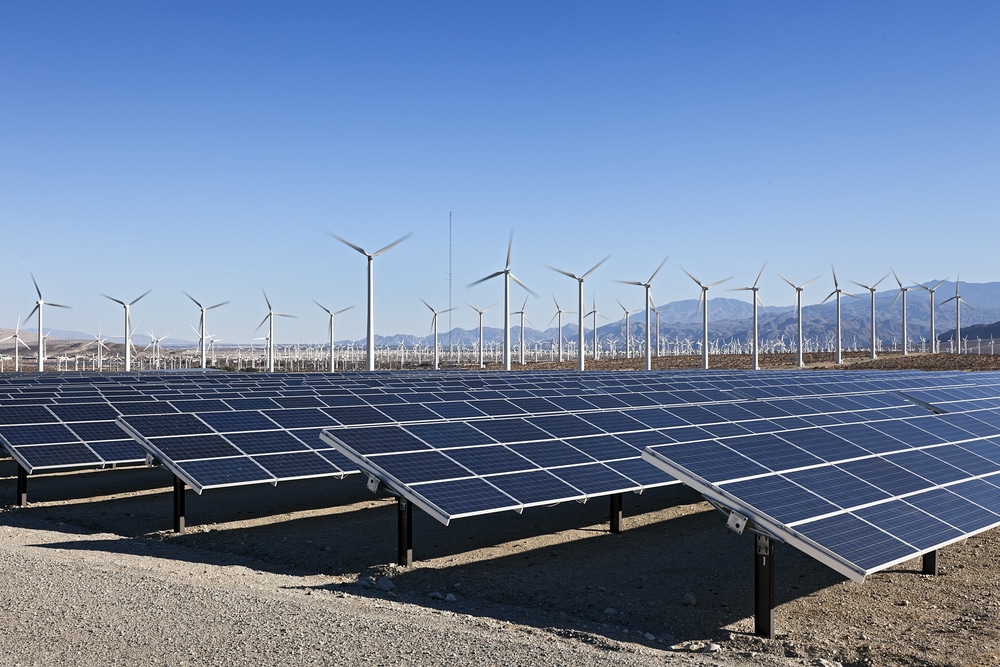 The Paris-based intergovernmental agency anticipates an 1123 gigawatt (GW) increase in wind and solar that would mean these power sources overtake gas capacity in 2023 and coal in 2024.

With that in mind, Energy Matters explored some of the largest renewable energy projects under construction right now in Australia. These projects include private investment and funding from the Federal Government’s Australian Renewable Energy Agency (ARENA).

The Genex Kidston Pumped Hydro Energy Storage Project is a major new energy storage project in Queensland. It will produce approximately 250MW of dispatchable power for export to the electricity grid and provide ancillary services to support the grid’s stability.

It is the first major hydro project to receive funding in Australia in almost 40 years and will also include a 150MW wind farm and 270MW of solar. Infrastructure is being constructed to connect these projects and the existing 50MW solar PV farm already built and operational at Kidston.

The Alinta Fortescue Solar Gas Hybrid Project is a unique project that will provide reliable, cost-effective and clean energy to remote mine sites in the Pilbara.

The project will consist of 60 MW AC solar PV integrated with a 35 MW battery storage facility at the Newman gas-fired power station in Western Australia. This hybrid system will provide reliable, dispatchable renewable energy to remote mine sites in the Pilbara region, heavily reliant on diesel or gas generation for their energy needs.

The East Rockingham Waste to Energy project will process up to 330,000 tonnes of residual waste per annum and recover energy to produce 28.9 MW of power. It’s an innovative solution that tackles two significant challenges facing our country; sustainable electricity generation and affordable solutions for managing waste.

The Kwinana Waste to Energy project will create electricity from household garbage and other types of trash, including commercial and industrial refuse, as well as pre-sorted construction and demolition debris.

The project consists of a waste processing facility that will process 400,000 tonnes of municipal solid waste and produce 36 MW of baseload power for export to the grid.

The project is located on an 8000-hectare site near Dalby, Queensland and will produce enough electricity to power more than 30,000 homes per year.

The Darling Downs has traditionally been a coal seam gas heartland of Australia, but the region has turned towards renewables, with 11 solar projects worth $6 billion receiving approval.

This is another of the 12 large-scale solar PV projects supported by ARENA 42.5MW (AC) solar photovoltaic (PV) farm at Collinsville, Queensland. RATCH Australia is constructing the farm, and the 12 combined projects will triple the amount of electricity produced from big solar in Australia.

ARENA has supported this project with $5 million through its Large-Scale Renewable Energy Target initiative to help reduce greenhouse gas emissions by replacing fossil fuel generation with renewable energy sources such as wind and solar.

This project is being built on a defunct coal-fired power station site and includes 180,000 ground-mount, single-axis solar panels for maximum solar exposure.

Yet another one of the 12 large-scale solar PV projects will unlock almost $1 billion of commercial investment across Australia. Edify is constructing this ARENA funded project in tropical North Queensland.

The Whitsunday Solar Farm will produce 57.5MW (AC) of clean electricity for Australians and create up to 200 jobs during construction and 20 ongoing jobs once operational.

It will also create up to 100 jobs during construction with more ongoing employment opportunities once it’s complete.

Energy Matters is Australia’s leading renewable energy company. We help Australians make the switch to renewables with our free quotes and information on all types of renewable energy systems, including solar panels, wind turbines and hydropower.

If you’re looking for a reliable installer in your area, we’ll provide up to three free quotes from fully qualified installers who can do the job right.