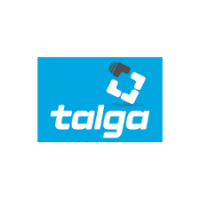 Concrete with a magic ingredient could see electric cars (electric vehicles or EVs) of the future charging while they drive on specially built roads.

A Perth-based company, Talga, has created a graphene-enhanced concrete offers high levels of electrical conductivity. It’s already used in underfloor heating and lightning protection, however, it could also transform the way EVs charge.

Talga is exploring how electrically conductive concrete can enable wireless charging of EVs when parked and in motion. This mobile charging pad technology could then be developed into a cost-effective roll out of the material in new roads around the world.

The heat-conducting ingredient in Talga concrete could see EVs charge while they drive on future highways. Image: Talga

Talga is now exploring global markets in the energy and construction sectors.

Talga hopes to combine its new technology with the rapidly expanding energy storage market. The company is therefore using lithium-ion batteries in its ground-breaking work.

Because conductivity is achieved with very low graphene loading, a larger proportion of ore processing by-products can be used. This makes it more cost-effective, scalable and eco-friendly, Talga claims.

It could also achieve huge carbon reductions. Use of cement could be reduced by 50 per cent to achieve the same strength concrete. This would see the cement industry reducing its emissions by 446g/tonne, tests show.

The concept of renewable highways is not new. Countries around the globe are experimenting with new ways to charge cars and power urban communities.

EV owners in Sweden can already charge their cars while driving on around two kilometres of road.

The road, outside Stockholm, is embedded with an electrified rail. EVs use a flexible arm which recharges by dropping onto the rail.

Not to be outdone, China claims to be rolling out the world’s first major highway with a solar installation. The 5,875 square metres of highway in Jinan runs for one kilometre with a row of solar panels in its centre.