Waste in the privatised electricity market is forcing electricity price increases by more than $200 per year for the average consumer.

That’s the verdict of a report by the Australia Institute. ‘The Costs of Market Experiments’ report also claims the Morrison Government’s ‘big stick’ approach to correct bad market practice will make things worse.

That’s because the Australian electricity market has significant structural problems, the report concludes. Blaming electricity companies for electricity prices increase will not fix those problems.

According to the Institute, the annual cost of wasteful activities by electricity retailers is $2 billion per year. 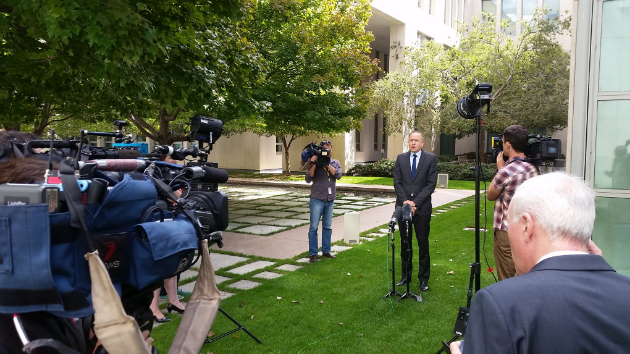 This is then passed on to consumers, raising electricity prices and leaves households worse off.

As a result, the electricity industry is spending more on banking and finance costs than it does on fossil fuels to power its generators.

The Morrison Government has talked up a ‘big stick’ approach to bring electricity companies in line and reduce power prices.

The government has said it will intervene in the market forcing retailers to offer cheaper power. Yet the report says this approach is “phoney”.

“[It is] merely an attempt to manage the political optics of the crisis in the system, not address its true causes.”

The report points out:

Renewable power is the solution, not the problem

The damning report lays blame squarely at the feet of federal and state governments. They “unashamedly” handed power to profiteering electricity companies.

It adds that it is not credible to blame fuel prices or the influx of renewables like solar power for price rises. Solar installations are already cheaper than fossil fuelled power generation and the “inevitable shift” is underway, the report notes.

On the home front, solar panels and battery storage can slash household electricity bills. Consumers are less at the mercy of electricity companies because they generate and store more of their own clean power.