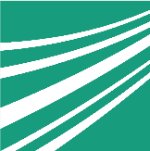 Researchers at the Fraunhofer Institute in Germany are working on redox flow batteries – energy storage solutions that could hold the key to further the uptake of wind and solar power, with each battery able to provide electricity for up to 2,000 households.

Large scale energy storage solutions already exist for technologies such as solar thermal electricity generation through the use of molten salt batteries; but when it comes to solar panel based power generation facilities, once night falls energy production stops, with no backup to continue supplying power aside from traditional sources. Similarly, when the wind drops, wind turbines become useless. If there were some economically and logistically viable way to store large amounts of surplus electricity generated during peak hours; the solar revolution would accelerate exponentially.

Energy storage for solar PV and wind power is the last great challenge of these renewable energy technologies as large capacity facilities will be needed to be centrally located in order to provide huge amount of electricity during low and no production periods.

The Fraunhofer consortium has a long term goal of building a handball court sized redox flow battery to help address these issues. Redox flow batteries are large-scale liquid batteries in which all electroactive components are dissolved in the electrolyte.

The consortium is focusing on vanadium-based redox battery technology. Vanadium has attributes that allow it to exist in different states, enabling the development of a battery with one electroactive element instead of two.

The Fraunhofer consortium say in principle, batteries with up to 80 kW of storage capacity can be built in the new Fraunhofer redox flow laboratory and a 20-kW facility is slated to commence operations by the end of next year. The researchers hope to hit the megawatt threshold in roughly five years, with a long term goal of developing a 20 MWh system.