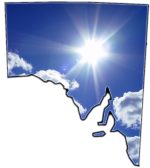 It was a tense day for South Australia’s solar industry and supporters as the future of the State’s solar feed in tariff was thrashed out.

The South Australian Government had originally planned to increase the feed in tariff rate from 44c to 54c, plus a mandatory additional contribution from electricity retailers. However, the proposed changes were defeated and the feed in tariff rate will remain at 44c until the end of September for solar households entering the scheme. Households joining the scheme prior to October will continue to receive 44c for the duration of their contracts.

From October, new connections under the program will receive 16c per kilowatt hour and an electricity retailer’s contribution of an additional 6c. The combined rate of 22c is roughly equivalent to current retail electricity costs; so in effect, a 1:1 feed in tariff. The new scheme will be open to applications for two years from October.

While the prospect of 54c was understandably heartily welcomed by existing and prospective participants in the scheme, there was a catch – the program would have totally closed to new applicants at the end of September.

This presented a very real threat of creating another another boom and bust scenario all too common in Australia’s solar sector and risked locking out tens of thousands of households from making the switch to solar panels post-September.

Several alternative models for the program were tabled by various parties recently, including one from the Greens, which were then referred to the Essential Services Commission of South Australia (ESCOSA) for independent analysis last week.

On Tuesday, after receiving findings from ESCOSA, South Australia’s Energy Minister said the Government would be proposing amendments to their Bill in light of concerns about the impact of their legislation on the PV industry.

Note: Energy Matters is currently offering special solar deals to residents of South Australia in an effort to see as many SA households as possible benefit from the higher feed in tariff rate.