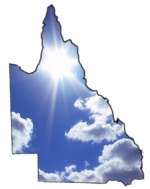 Solar-savvy Queensland households have helped the state reach an important solar energy target more than three years ahead of schedule.

Minister Robertson credited Queensland’s Solar Bonus Scheme for much of the amazing result, saying it was one of the most successful solar feed in tariff initiatives in Australia. Under the Queensland Solar Bonus Scheme, participating owners of solar panels are paid 44c for each kilowatt hour of surplus electricity generated that is exported to the mains grid.

“To date, more than 100,500 Queenslanders are participating in the scheme and have contributed 224 megawatts of the State’s 226 megawatts of installed solar PV generating capacity.”

“Town by town and city by city, Queenslanders have built a Virtual Solar Power Station by installing solar photovoltaic (PV) rooftop panels or solar hot water systems,” said the Minister, who also stated 8 percent of Queensland’s total generation capacity is now from renewables and the state is well on its way of achieving its major target of  20% by 2020.

While there was no indication of the Solar Bonus Scheme ending soon for new connections in any of the Minister’s comments, Mr Robertson said the Bligh Government will examine all of its renewable energy targets, including solar, as part of a review of the Queensland Renewable Energy Plan.