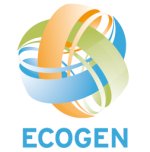 Queensland’s Minister for Energy and Water Utilities, Hon. Stephen Robertson MP,  yesterday opened the Ecogen 2011 conference in Brisbane, Australia. While some states seem to have turned their back on small scale solar support; the Queensland solar power revolution is very much alive and well according to the Minister.

Over 107,000 Queensland households are now receiving the feed in tariff. The Minister said increased distributed electricity generation through the Queensland solar panel revolution was displacing the need for new fossil fuel based electricity facilities; as well as helping households offset the rising price of electricity.

Queensland recently blasted past some of its solar energy targets. The Sunshine State now has over 500 megawatts installed capacity; the equivalent of 141,000 average-size 1.5 kilowatt home solar power systems. The remarkable achievement occurred 3 years ahead of schedule thanks in part to Queensland’s solar feed in tariff initiative. The state’s program pays owners of rooftop solar panels a rate of 44c per kilowatt for surplus electricity exported to the mains grid.

EcoGen 2011 is an interactive industry forum being held in Brisbane from  September 5 – 7 to promote clean energy solutions and gain valuable knowledge from the industry’s best thinkers. Professor Wills will be speaking at the conference on Wednesday afternoon on the topic “The Australian clean energy industry – a global context.”