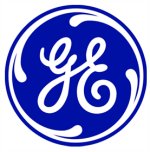 Members of the Turkish energy ministry signed a licence extension allowing the energy output from the Dervish plant to be increased from 570 megawatts to 1,080 megawatts. GE says the licence extension forms part of a broad plan to boost Turkey’s energy supply and paves the way for a second IRCC plant using GE’s FlexEfficiency* technology and eSolar’s concentrated solar power (CSP) technologies.

The plant itself incorporates gas and wind-powered turbine technology, along with a 50 megawatt CSP tower, ensuring the facility provides a steady supply of energy. GE’s thermal products CEO, Paul Browning says that at MetCap’s conditions, the plant can offer a 69 percent efficiency rate.

"This project combines two renewable technologies and natural gas in the same power plant and demonstrates the benefits it can offer to power the future grid. MetCap Energy is on the leading edge of power development and, with this project, they have set a new global standard for the efficient integration of natural gas and renewable energy."

The proposed expansion of the Dervish plant would enter commercial operation in 2016, and once fully expanded per the new larger license, would provide enough electricity for more than 1.2 million Turkish households.