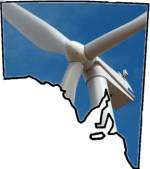 Australia’s Clean Energy Council (CEC) says the South Australian Opposition’s policy on wind farms would threaten more than $3 billion of investment and result in a further increase in electricity prices in the state if implemented.

“As we’ve seen in Victoria, such measures would effectively make South Australia a ‘no-go’ zone for wind farms, driving billions of dollars of investment from the state. In addition, South Australians would see higher electricity prices as future renewable energy will need to come from higher cost sources,” said Mr. Thornton.

Mr. Thornton pointed out over 20 per cent of South Australia’s electricity is generated by wind power and the wind industry is one of the reasons the state’s carbon emissions fell by 18 per cent over the past five years.

While Ms. Redmond reportedly claims wind turbines are being installed “willy-nilly with no accountability“, the CEC states current guidelines ensure a proper balance between wind farm developments and community in South Australia.

The CEC says it will work with the South Australian Liberal Party to “ensure they understand the value of the wind industry to the state, and to provide them with a more complete understanding of wind farms and associated issues.”