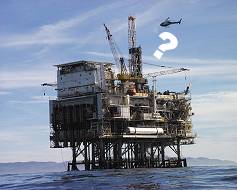 The World Energy Outlook 2008 report  released today by the International Energy Agency has painted a bleak picture for the future of oil and is calling for a global low carbon and renewable energy revolution in spite of the current financial crisis.

While the IEA still believes that oil will be available in for the foreseeable future, the sources of oil and costs of producing it mean that " the era of cheap oil is over” according to Nobuo Tanaka, Executive Director of the International Energy Agency.  In the report, the IEA predicts demand for primary energy demand to grow by 1.6% per year on average between 2006 and 2030; but with decline rates in oil production increasing significantly, from an average of 6.7% today to 8.6% in 2030.

Tanaka also stated that energy supply and consumption current trends are "patently unsustainable – environmentally, economically and socially" and that they must be altered. A continued business-as-usual approach would see many supply disruptions and price hikes and more ominously, greenhouse-gas emissions that would eventually lead to a global temperature increase of up to 6°C.” Energy-related carbon dioxide emissions are set to increase by 45% between 2006 and 2030, reaching 41 gigatons.

The agency projects that the renewable energy sectors such as solar power and wind energy will grow most rapidly,  to overtake natural gas and become the second-largest source of electricity soon after 2010. The IEA estimates the low-carbon energy component in the global primary energy mix will need to expand from 19% in 2006 to 26% by 2030; requiring $4.1 trillion more investment in energy-related infrastructure – equivalent to 0.2% of annual world GDP.