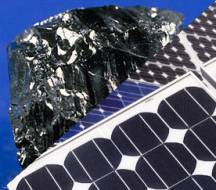 Senator Christine Milne of the Australian Greens launched an offensive on Wednesday against the coal industry’s latest public relations effort in re-branding as "NewGenCoal", stating that "Coal, by any other name, is on the nose".

Senator Milne went on to say "Coal’s time has been and gone. It served its purpose and is now being leapfrogged by the jobs-rich, zero emissions energy sources"; in reference to clean technologies such as wind power, geothermal energy and solar power.

The strong words from the Senator came shortly after the Government and Opposition colluded to pass legislation making Australian taxpayers carry the risk for companies generating revenue from the highly controversial process of geosequestering emissions from coal. The Greens believed the companies themselves should be held liable for leakage.

The Greens also wish to see the Rudd government put more effort into pursuing a global ‘Green New Deal’ and to ensure Australia is ready for a renewable energy future.

The Australian Greens have been very active this year regarding a national, uniform gross feed in tariff that compensates renewable energy system owners fairly for the electricity they produce; much like the successful program in Germany. A Private Members Bill was introduced by Senator Milne  on May 15 2008 with the aim of rolling out such a program.

After the Senate Environment Committee tabled its related inquiry report on the Bill on Monday, recommending deferral of further discussions to the COAG meeting later this month, the Greens introduced a revised version of the Bill on Wednesday.

The changes include making electricity retailers responsible for issuing feed in tariff rebates to owners of renewable energy systems with a capacity of under 1 megawatt, allowing current owners of systems to benefit from any new feed in tariff program and making rebates payable quarterly rather than annually.