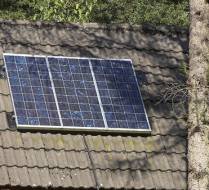 When home-owners install a solar power system, they are likely to be more worried about solar panel theft than what’s growing in their neighbours yard.

However, a fast growing newly planted tree or transplanted tree on another property can threaten the installation through the casting of shadows, turning an investment of thousands of dollars into a nightmare. While some solar panels claim to be shade tolerant; any sort of shading heavily impacts on the generation of electricity. The less energy created, the more panels needed or a greater reliance on the mains grid to make up for any deficit.

With solar uptake in Australia on the rise, local authorities may soon need to consider the implementation of a Solar Shade Control Act or Solar Rights Act, such as exists in the USA; specifically, California.

The Solar Shade Control Act is by no means a new law – it was introduced in California way back in 1979. The crux of act is that no-one in control of a property can allow a tree or shrub to be placed, subsequent to the installation of a solar panel/collector on the property of another, with the effects of casting a shadow more than 10 percent of the panel/collector absorption area between the hours of 10 a.m. and 2 p.m. (peak sun hours).

Property owners with trees that block the sun from their neighbours solar panels as described above can be fined up $1,000 a day if they refuse to trim them – so it’s a law with teeth.

The Solar Rights Act was adopted in 1978 and went into effect on January 1, 1979. It also includes limited protections to allow homeowners access to sunlight and to limit the ability of homeowner associations (HOA) and local governments from preventing installation of solar energy systems.

As Australia moves towards a great share of renewable energy sourced electricity and becoming a solar nation, the issue of shading from adjoining properties will become an increasingly common one – it may serve the government  well to ensure appropriate, clear legislation is in place sooner rather than later.