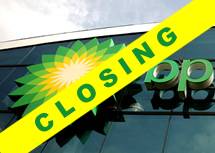 BP Solar yesterday stated it will close its photovoltaic (PV) cell and solar panel manufacturing plant in Sydney Olympic park (Australia)  at the end of March 2009. The Sydney factory represents about about 17 percent of BP Solar’s current manufacturing capacity of approximately 300 megawatts.

The Sydney plant is currently the only facility in Australia producing monocrystalline and polycrystalline solar panels and the closure means Australia’s solar industry is now a research and supply sector rather than a contributor to manufacturing.

Faced with stiff competition from companies based in Japan, including Sharp, along with firms in China such as Suntech producing high quality solar panels at substantially lower prices, BP Solar has stated that it wishes to focus its operations at larger scale plants in lowest cost manufacturing countries and to be closer to its Chinese sources of silicon.

While BP’s decision may see it recoup profits through the cost cutting measure, it’s not good news for employment in the local solar industry, with 200 people expected to lose their jobs.

The company had already gained a commercial advantage through the government funded $75 million Solar City project and reportedly received an offer of further assistance from the government to keep their Sydney Olympic Park doors open; but has rejected any deal.

Greens Senator Christine Milne has been critical of the government’s efforts in keeping the plant in the country, warning Australia could be left behind in the global "Green New Deal" and may "shackle ourselves to the 19th century coal jobs which will disappear as the world moves to a renewable energy future".