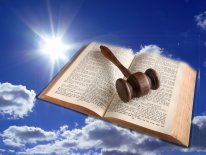 Shadow Over Solar Legislation in Australia

Energy Matters, a leading supplier of solar power equipment and installation services in Australia, identified the gap from a report on a legal battle currently occurring in the USA. A solar power system owner in California is taking action against a neighbour for blocking sunlight from falling on his solar array after the neighbour planted mature date palms.

According to Energy Matters spokesman, Andrew Scarlett, “The Californian Solar Shade Act prohibits a property owner from placing a tree or shrub in an area where it will shade more than 10% of a neighbours existing solar array during peak sun hours – from 10am to 2pm. Those infringing can be fined US $1,000 a day until they either remove the tree or preferably trim it so it’s no longer a problem. Then it dawned on us that we hadn’t heard of such laws in Australia”.

With home owners investing up to tens of thousands of dollars on a solar power system, a north-facing roof is prime real estate that is seriously devalued when in shade. Such a scenario can render the system useless, requiring the installation of additional solar panels to make up for energy production shortfall or needing an expensive repositioning of the existing array.

Without clear laws in place, Energy Matters envisions related problems among neighbours as solar installations become more commonplace. The company believes this could be easily being avoided if home owners understood their responsibility towards their solar electricity generating neighbours from the outset.

“It seems to us that legislation protecting solar array owners should be a given – we simply must have it in order to protect the investment of system owners, prevent tempers flaring and lengthy, costly legal battles being mounted by irate neighbours, taking up the courts’ valuable time”, said Mr Scarlett.

“The Solar Shade Act has been in place in California since 1979. It’s been tried and tested. Similar laws could be easily implemented here. We’ve already commenced lobbying lawmakers regarding this issue, starting with Australian Greens’ Senator Christine Milne who has been very active in supporting solar power in Australia and recommending related legislation to encourage uptake. We’re also recommending our customers and other system owners contact their local Member to draw their attention to the issue.”