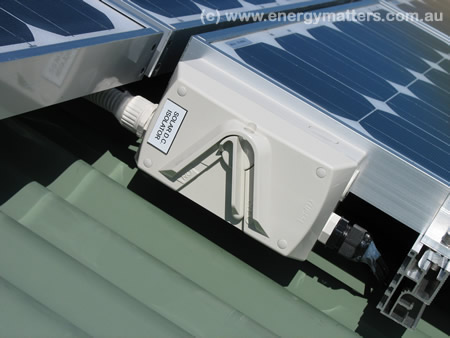 “These funds will encourage both,” she says. “We’re putting our money on the table addressing the real threat to our environment. Queensland’s leading the way we want businesses and researchers to climb on board,” adds Bligh. The State Government has set a target to reduce greenhouse gas emissions to 60 per cent below Queensland’s 2000 levels by 2050.

According to Bligh, Queensland’s efforts must focus on two fronts – reducing energy use and searching for new energy sources. “It’s simple. We want businesses to boost their investment in energy saving projects and technologies, and we’re putting up $50 million to help them,” says Bligh.

Wilson says the Smart Energy Savings Fund will be available to businesses and applications will be sought twice a year. “We’ll provide loans for up to 100 per cent of the project’s value or a grant that will cover up to half the project’s capital value. Some projects may be big, some small. We’ll not discriminate because together, they’ll have the potential to save tens of thousands of tonnes of greenhouse emissions,” Wilson says. The Renewable Energy Fund is offering financial incentives to help fuel Queensland into the 21st Century, according to Wilson.

“We want clever companies to come forward with their ideas so that we can help turn their vision into reality,” he says. Bligh says $7 million from the fund is going towards a ground-breaking, solar thermal power station in Cloncurry as an ideal example of how the fund could be used. “Cloncurry recorded the country’s hottest day – 53 degrees in the shade in 1889 – and that’s where solar thermal makes sense. It’s the ideal solution,” Bligh says.

“We’re looking at technologies that can generate at least 100 kW, industrial power projects with a carbon-neutral emissions profile and innovations that can produce a reliable electricity supply and meet local energy supply needs,” says Wilson.

Funding can be in the form of a loan for up to 100 per cent of the project’s value or as a grant for up to half of the project’s capital cost, according to the State Government. McNamara says more efficient use of energy is an important step forward in the State Government’s strategy to address climate change. “Energy efficiency represents some of the most cost effective and often cost neutral greenhouse gas abatement opportunities across the economy,” he says. The first funding round closes for the Smart Energy Savings Fund and the Renewable Energy Fund are 12 and 26 May 2008 respectively.