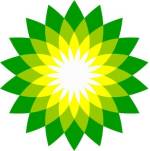 BP’s involvement with solar power continues to crumble. The company has reportedly exited the Moree Solar Farm consortium; but another major player is ready to take its place.

A few months ago we reported  BP Solar was winding down its PV interests. At that point, BP’s joint solar venture in India with Tata Power Co. was said to be conducting “business as usual”, however BP was soon out of the picture.

At that stage, it was understood BP would stick with the Moree Solar Farm project; a $923 million large-scale solar PV facility – part of Australia’s Solar Flagships initiative.

However, with the consortium behind the project unable to meet all of their funding conditions and proposing substantial changes, the Australian Government decided to re-open bidding. The Moree Solar Farm consortium – which consisted of BP Solar, Fotowatio Renewable Ventures and Pacific Hydro – will now need to resubmit a proposal.

But it seems BP is taking its bat and ball and going home. According to a Bloomberg report, a Melbourne based spokesman for BP said the company has indicated it wishes to leave the consortium and won’t be party to the new bidding round.

All is not lost for the consortium though – it appears Spain-based renewable energy company Acciona SA will step up to the plate, provide engineering and construction services.

Acciona previously had its finger in the Solar Flagships pie, but pulled out in 2010; stating factors including uncertainty in Australian energy markets and the absence of an offtake contract.

Acciona is no stranger to the Australian renewable energy sector; but its interests have been mainly confined to wind farms. Its Mt Gellibrand Wind Farm project, to be constructed near Colac in south west Victoria, recently received final approval from the Victorian government. The company also operates the Waubra Wind Farm in Victoria, the Gunning Wind Farm in New South Wales and is a partner in the Cathedral Rocks Wind Farm in South Australia.