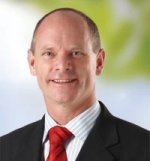 RenewEconomy’s Giles Parkinson wrote yesterday a policy document released a day before the election revealed plans to axe a number of Labor’s environmental funds, including the Solar Flagships program and the $50 million Renewable Energy fund.

“We want him to unravel those programs because he’s the bloke who set ’em up,” the new Premier is quoted as saying.

Other initiatives to be axed include:

A press release announcing the 59-page CanDo Resources and Energy Strategy document claims these and other carbon reduction initiatives are “redundant and a waste of taxpayers’ money in light of the federal government’s mandated renewable energy target and the carbon tax.”

Queensland has emerged as Australia’s small scale solar power stronghold, with households in the state embracing the installation of rooftop solar panel systems in an effort to defeat rapidly increasing power bills.

In 2011 under the previous Labor government, Queensland sailed past solar targets three years ahead of schedule. At that point, small scale solar comprised 224 megawatts of the State’s 226 megawatts of installed solar PV generating capacity.