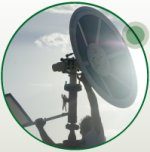 Inspired by sailboats, Saphon Energy’s Zero-Blade technology is said to be a substantial improvement on the efficiency of current wind power equipment.

The Saphonian turbine utilises a sail-shaped body; without the blades, rotor and gearbox.

Wind is harnessed by a sail that follows a non-rotational back and forth motion. Saphon Energy says the movement follows a knot path and allows the conversion of the majority of the kinetic energy into mechanical energy via pistons. The energy is then converted to a hydraulic pressure that can either be stored in a hydraulic accumulator or converted to electricity via a hydraulic motor and a generator.

According to the company, performance tests have demonstrated the Saphonian efficiency’s level is 2.3 times higher than that of a bladed wind turbine.

By not incorporating the most expensive components of a wind turbine – the blades, hub and gearbox –  Saphon Energy says is possible to reduce equipment purchase and installation costs by about 45%.

The aerodynamic shape of the Saphonian means turbulent winds have minor impact on the sail shaped body since it increases the net aerodynamic force. As turbulence is one of the reasons wind turbines aren’t used in urban areas, there is potential for the Saphonian to be used in built-up locations; minimising grid connection costs.

In terms of development, the company is currently at the second generation prototype stage and is seeking manufacturing partners. Saphon Energy received the KPMG Innovation Award earlier this year for its efforts to date.

While the technology is intriguing, the company may not make many friends among turbine manufacturers with its promotional video referring to symptoms of so-called ‘Wind Turbine Syndrome‘; an ailment reportedly associated with traditional commercial-scale wind turbine installations, but which is yet to be proven.