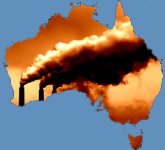 A week is often a long time in politics, and this week has been no exception when it comes to the topic of how Australia will address climate change and greenhouse gas emission reduction.

The Federal Government has been under constant attack from all corners over its proposed cap and trade focused emissions trading scheme (ETS), with the Australian Industry Group (AIG) this morning lending its voice to a delay in implementation. The group believes the July 2010 starting date is not either feasible administratively or financially.

The Coalition was behind a cap and trade scheme to reduce carbon emissions while it was still in government, but now seems to support a carbon tax and other measures such as massive tree planting projects to help offset emissions and the production of biochar, along with higher emissions cuts.

Last week the Government decided not to go ahead with its own inquiry into the ETS after claiming it had become politicised, sparking more furious debate between all the major parties over the last few days as to the potential flaws in the scheme.

While business and industry is generally protesting the extra burden the proposed emissions trading will place upon commercial activities, other groups claim the ETS and other government carbon reduction initiatives don’t go far enough and actually reward big polluters. The Australian Greens believe without a strong emissions reduction target of 40%, it won’t matter whether the Rudd government adopts a carbon tax or continues with emissions trading, jobs will be lost on a massive scale through environmental disasters such as drought.

GetUp, an independent, grass-roots community advocacy organisation with over 320,000 members, believes the ETS and other programs will not only prevent emission reduction below the government’s 5 – 15% target, one that’s been heavily criticised for being far too low, it will also hold back the growth of green industries and will not lead to significant rises in investment in renewable energy industries in Australia. The group says that  green jobs and investment will flow to countries with more ambitious targets, at a time when Australia needs all the investment it can get. The group has taken out a full page advertisement in today’s The Australian to draw attention to what it calls a "scandal" and has also launched an online petition.

In the community, there appears to be an increasing sense of confusion of how the ETS will work and the risks or benefits of such a scheme. Minister for Climate Change and Water, Penny Wong has demonstrated impressive grace under fire as she attempts to clarify and shore up support for the controversial scheme through a hectic schedule of interviews this week.

Minister Wong also met yesterday with German State Secretary Matthias Machnig in Canberra to discuss climate change negotiations and emissions trading, but it’s not clear if the subject of a nationalised gross feed in tariff was also discussed. Germany has demonstrated a gross feed in tariff program that pays owners of solar power systems a premium rate for electricity produced can be spectacularly successful and the country’s program has made it a world leader in solar power uptake. At this point in time, the implementation of such a program in Australia appears to have stalled.

According to the Australian Technology Association, the contribution small-scale renewable energy sources has made to reducing Australia’s greenhouse gas emissions is far greater than expected, stating that almost five per cent of the Renewable Energy Certificates generated in 2008 came from small scale grid connected solar and wind power systems. However, under the new solar credits scheme due for launch in July, five times the RECs normally provided will be issued with systems; resulting in 4 out of the 5 RECs not representing real clean energy generation and with the phantom RECs helping electricity retailers achieve their Renewable Energy Targets (RET) on paper only says the ATA.