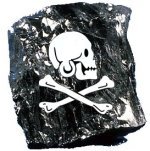 Coal fired power generation in eastern Australia’s electricity network has fallen below 75 per cent – the first time this has happened.

According to an article on The Age, coal supplied 74.8 per cent of mains grid power in February and renewables rose to a record 12.5 per cent; with gas supplying the remainder. Coal’s share is well down on its peak of 84.1 per cent; which occurred in 2008.

Mains grid power demand has also dropped, with solar power systems probably accounting for around a quarter of the overall reduction. There has also been a shift away from energy-intensive industries and an increased focus on energy efficiency; spurred on in part by residential electricity prices increasing 91% over the past five years nationally.

The decrease in demand hasn’t just had a positive impact on carbon emissions – coal fired power generation is responsible for a multitude of toxins being spewed into the atmosphere. For example, it is the largest single source of atmospheric mercury emissions.

In India, an estimated 80-120,000 premature deaths and 20 million new asthma cases occur each year due to air pollution from coal power plants. The human toll is high and so is the financial impact; costing hospitals in India USD $3.3-$4.6bn annually.

While the decrease in coal’s share of Australia’s energy mix is good news; an issue that shouldn’t be overlooked is Australia increasingly outsourcing production of goods to countries such as India; and therefore “outsourcing” carbon and other coal related pollution.

The coal fired Hazelwood Power Plant in Victoria produces less electricity per square metre than the state’s wind farms. It is least efficient power station in the OECD and the worst polluter with regard to greenhouse gas emissions produce per kilowatt-hour generated.