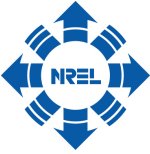 New findings in a report from the USA’s National Renewable Energy Laboratory (NREL) show renewable sources of electricity, particularly solar and wind power, have doubled in the U.S. between 2000 and 2012 and continue to make significant contributions to global energy supplies.

The NREL’s 128-page 2012 Renewable Energy Data Book is an annual report assessing U.S. energy statistics, providing current information to analysts and policymakers on the state of both domestic and global renewable energy sectors; along with investment trends in clean energy.

The U.S. solar industry is forecast to grow rapidly, with the report outlining 1.6 GW of concentrating solar power (CSP) projects currently under construction, with 900 MW to come online this year.