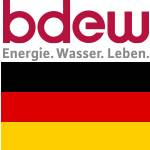 Germany’s Federal Association of Energy and Water Industries (BDEW) says the share of renewable energy used in gross domestic energy consumption is expected to have risen to 28.5 percent in the first half of 2014.

During the first half of last year, renewables’ share was 24.6%

Wind power generation during the first half of the year rose to 31 billion kilowatt hours and solar panels produced 18.3 billion kWh. Wind energy grew by 21.4% and solar by 27.3%.

Electricity and gas consumption declined generally in Germany in the first half of the year; the main reason being significantly warmer weather. Gas consumption dropped 20% and power consumption by 5%.

Germany has long led the world for pioneering in renewable energy policy. In 1991 the German government introduced the Electricity Feed Act, legally regulating the feed-in to the grid of electricity generated from renewable resources such as solar power systems.

The nation’s 2011 Energiewende (“Energy transition”) was a reorientation of policy from demand to supply and from centralized to distributed generation.

By the end of last year, Germany hosted around 35,700 megawatts of PV solar power capacity. In Australia, the total installed capacity of PV based solar power systems by the close of 2013 was around 3,000 MW.

By the end of May this year, Germany’s solar PV capacity had grown to 36,519 megawatts (MW) – still more than China, Italy, Japan or the United States.

German policy recently turned its attention to also providing support for small scale energy storage systems. This is expected to result in massive growth for home energy storage over the next four years; from 6,000 units last year to an estimated 100,000 units in 2018.

Germany’s home energy storage subsidy provides up to €660 (around AUD $947 at current exchange rates) per kilowatt of solar panels; to a maximum of 30kW. Energy storage is now already at a level that is very affordable for home or commercial use according to the German Solar Industry Association.

While home energy storage in Australia doesn’t attract subsidies, more competitively priced units are now available locally; including the Samsung SDI All In One and AUO’s PowerLegato.