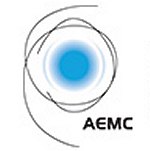 Network charges – the “poles and wires” elements of a power bill – make up around 50% of the total billed amount.

The AEMC states some consumers are picking up part of the tab for others in this regard due to the different types of electricity users.

A major issue is the use of air-conditioners. The AEMC says a 5kW air-conditioner used in peak times will cause about $1,000 a year in additional network costs. While the consumer with the air-conditioner pays approximately an extra $300 under the most common network prices; the remaining $700 is recovered from all other consumers through higher network charges.

It has been the rise of the air-conditioner that has led to the ‘gold-plating‘ of electricity networks – billions of dollars of infrastructure has been built to be used only on a handful of days a year.

Solar also gets a mention as an offender; although the claimed impact is significantly less.

“A consumer using an average-size north-facing solar PV system will save themselves about $200 a year in network charges compared with a similar consumer without solar. Because most of the solar energy is generated at non-peak periods during the day, it reduces the network’s costs by $80, leaving other consumers to make up the $120 shortfall through higher charges,” says the AEMC.

The AEMC may find some would argue about the non-peak production aspects and perhaps not all of the many benefits solar power systems provide to networks have been given a dollar value.

The body says that under its proposed rule changes, electricity users would have clearer incentives as to how they consume or generate electricity.

For those considering solar, the suggestion from the AEMC is investing in energy storage and installing solar panels to face west so they generate more energy at peak times

Buying lithium-ion battery systems is still out of reach of many; however more competitive products such as the recently launched Samsung SDI All-In-One and AUO’s PowerLegato are a sign of things to come.

We mentioned last year that while west and east/west facing solar installations used to be considered a no-no in the solar industry; west was no longer a dirty word if that aspect is available – it just depends on the installation situation, equipment used and the electricity consumption profile of the household or business.

The 184-page National Electricity Amendment (Distribution Network Pricing Arrangements) Rule 2014 Draft Rule Determination can be downloaded here (PDF). A final decision will be made in late November this year.