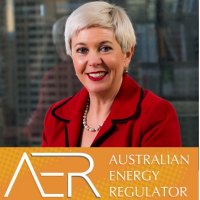 In a speech at the 2014 Annual Energy Users Association of Australia Conference in Melbourne, Ms. Groves said the idea of the passive electricity customer is changing.

“Users are no longer passive. They are increasingly responding to higher energy prices. Users want to have a say on the services they receive and the cost of those services. Further, technology such as roof-top solar PV has allowed consumers to become producers of electricity too.”

Ms. Groves said people power has become integrated into AER’s regulatory processes more than ever and its decisions “must and will better reflect the interests of all users”.

Cost pressures, the integration of renewable energy generation and electric vehicles and new technologies will greatly affect the way energy is delivered to and by consumers in the future.

“The electricity industry in Australia has undergone a number of transformations in the past two decades, and we are on the cusp of a further fundamental shift in the way electricity is produced and consumed,” stated Ms. Groves.

“The network is no longer only about transporting energy from ‘A to B’. The network is becoming a platform for the two-way trade of electricity.”

Ms. Groves concluded by saying the next couple of decades will see a revolution in the way small customers interact with the electricity industry and encouraged network businesses to embrace the changes. She warned an inability to do so could see an exodus of electricity customers from the mains grid, thanks to the falling cost of solar and the uptake of energy storage.

“If the networks attempt to create barriers to new, competing technologies by limiting access to their ‘platform’, there is a risk that a significant number of consumers will ‘walk away’ from the network. This would have major consequences for many consumers and for the efficient operation of energy markets,” said Ms. Groves.

The transcript of Michelle Groves’ full speech can be viewed here.