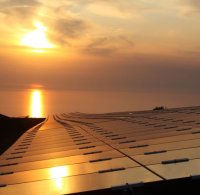 Enel Green Power has announced the completion of two new solar farms in Chile and the final stage of another.

With a combined installed capacity of 136 MW, Diego de Almagro, Lalackama and Chañares are capable of generating over 330 GWh of electricity annually.

Lalackama is Enel Green Power’s largest solar farm at 60MW and is capable of generating up to 160 GWh a year – enough to provide the power needs of 90,000 Chilean households

The Chañares plant is 40 MW and is capable of generating up to 94 GWh a year.

With the completion of a 4 MW final stage, the 36MW Diego de Almagro plant is now fully operational. It consists of about 225,000 thin-film solar panels capable of generating up to 80 GWh a year.

Combined, the three solar farms will supply electricity equivalent to the consumption of about 188,000 Chilean households and will avoid the production of 209,000 tonnes of carbon emissions annually.

Chile has become a hotbed of solar and wind development and is attracting the biggest names in industry. In December, solar giant SunEdison announced it will be investing more than USD $700 million to build 350 megawatts of utility scale solar power plants throughout the nation.

In other news from Enel Green Power, the company has also announced completion and connection to the grid of “Fontes dos Ventos”, an 80MW wind farm in the state of Pernambuco in the north-east of Brazil. Consisting of 34 turbines, the facility will generate around 320 million kWh of clean electricity a year.

This will be the first wind facility in Brazil to be combined with other energy sources. Construction of two solar parks with an overall capacity of 11 MW is about to commence  in the same area as the Fontes dos Ventos wind farm.

By the end of September, Enel had a global installed renewable energy capacity of approximately 9,500 MW from various sources including wind, solar, hydroelectric, geothermal and biomass. The company says it has approximately 750 plants operating in 16 countries in Europe, the Americas and Africa.