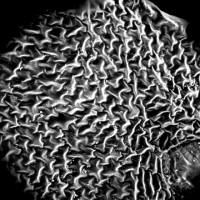 Researchers in Australia have developed a new type of electrode that radically increases the energy storage capacity of supercapacitors and could lead to flexible, thin film self-contained solar capture and storage devices.

RMIT University researchers created a graphene electrode inspired by the structure of the western swordfern, Polystichum munitum; which is native to western North America.

The leaves of the fern are jam-packed with fractal structures, creating a system that’s super-efficient in storing energy and transporting water throughout the western swordfern.

“Our electrode is based on these fractal shapes – which are self-replicating, like the mini structures within snowflakes – and we’ve used this naturally-efficient design to improve solar energy storage at a nano level,” said RMIT’s Professor Min Gu.

The prototype graphene electrode has been designed for supercapacitors. A supercapacitor is an energy storage device that can charge and discharge far more rapidly than conventional batteries, but a couple of significant drawbacks are their size and tendency to “leak” stored energy. 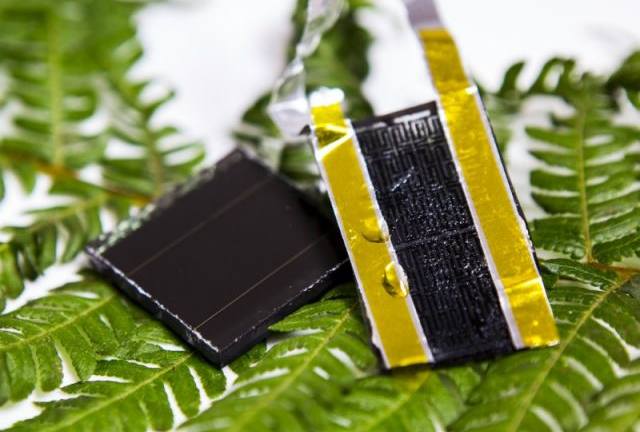 Professor Gu says experiments carried out on the prototype have demonstrated it could increase supercapacitor storage capacity 30 times more than current limits while holding stored charge for longer.

“Capacity-boosted supercapacitors would offer both long-term reliability and quick-burst energy release – for when someone wants to use solar energy on a cloudy day for example – making them ideal alternatives for solar power storage,” stated the Professor.

As the design is based on flexible thin-film technology, it also has potential for other solar energy related applications.

““The most exciting possibility is using this electrode with a solar cell, to provide a total on-chip energy harvesting and storage solution,” said PhD researcher Litty Thekkekara.

“With this flexible electrode prototype we’ve solved the storage part of the challenge, as well as shown how they can work with solar cells without affecting performance. Now the focus needs to be on flexible solar energy, so we can work towards achieving our vision of fully solar-reliant, self-powering electronics.”

The team’s work has been published in the journal Scientific Reports.

Borrowing from nature’s designs is called biomimicry. Other examples of biomimcry we’ve covered in the past include technologies based on rose petals, moth eyes and the lotus leaf, sunflowers and butterflies.