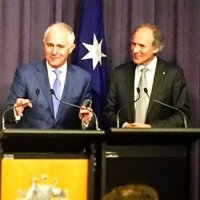 The ‘Blueprint for the Future Security of the National Electricity Market’ review was commissioned by federal and state energy ministers last year.

It was headed by Chief Scientist Dr Alan Finkel, its aim to provide governments with a blueprint for energy security as more renewable energy enters the grid.

The review focuses on four key outcomes for the National Electricity Market (NEM): 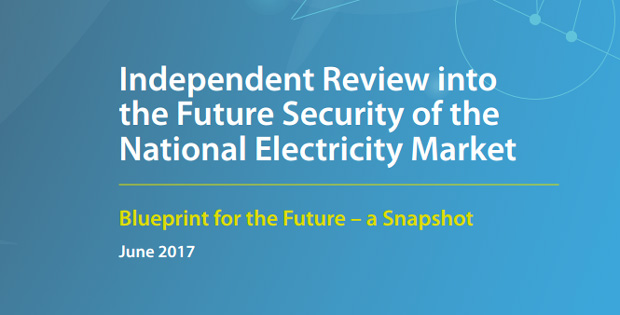 These outcomes will be underpinned by the three pillars of an orderly transition that integrates energy and emissions reduction policy, system planning, and stronger governance under a new Energy Security Board.

The blueprint recommends a Clean Energy Target (CET) as the mechanism for the electricity sector. As part of the orderly transition, generators should also be required to provide three years’ notice of their intention to close.

“Both a Clean Energy Target and an Emissions Intensity Scheme are credible emissions reduction mechanisms because they minimise costs for consumers, are flexible and adaptable, and satisfy security and reliability criteria,” the review states.

“Both mechanisms are shown to deliver better price outcomes than business as usual.”

According to the blueprint, eligible generators under the new CET would receive certificates for the electricity they produce in proportion to how far their emissions are below the threshold.

Electricity retailers would be obliged to purchase these certificates to demonstrate that a predetermined share of their electricity came from low emissions generators. Provisions to prevent renewable generators from benefiting from both the Large-scale Renewable Energy Target and the CET would need to be considered.

“All governments need to agree to an emissions reduction trajectory to give the electricity sector clarity about how we will meet our international commitments,” the review states.

Renewable Energy Target should terminate in 2020

The review recommends Australia’s existing Renewable Energy Target continue until its scheduled 2020 end for new participants but should not be extended.

The review also recommends that the COAG Energy Council engage with relevant portfolio areas, including housing, and with state, territory and local governments, to identify:

The review was partly prompted by blackouts in South Australia, which focused national attention on energy security.

Price hikes in the cost of electricity are also a concern, with the Australian Energy Regulators’ recent attempt to cut revenue to the power networks thwarted.