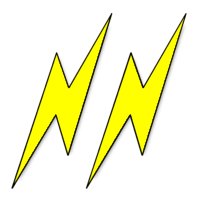 Barely a week after we reported on an improved redox flow battery out of Harvard University, a team of chemists from Utah and Michigan Universities have developed a charge-storing molecule that they say is 1,000 times more stable than the compounds currently used in flow battery systems.

The breakthrough is important because of the way flow batteries store and release energy. While in conventional deep cycle batteries, energy is stored as the electrode material, in a flow battery it is stored as electrolyte.

The electrolyte solution is composed of molecules called anolytes and catholytes, which either charge or discharge energy as the solution flows past the electrodes.

Borrowing a molecular modelling technique used by the pharmaceutical industry to predict the structural properties of medicines, the team identified a highly stable anolyte based on the organic molecule pyridinium, a molecule containing no metals and designed to dissolve in an organic solvent, making it more stable.

According to their findings, this anolyte provides the best combination of stability and redox potential, which is directly related to how much energy it can store.

“Our first compound had a half-life of about eight-12 hours,” says University Utah chemist Matthew Sigman, referring to the time in which half of the compound would decompose. “The compound that we predicted was stable on the order of months.”

Their goal is to do away with the need for vanadium, a potentially toxic and expensive material that is used in some current flow batteries. Although vanadium can store more energy, it is also highly unstable and decomposes over repeated charge/discharge cycles.

By applying the same predictive methodology used in drug design by pharmaceutical chemists, the group will focus on building a better catholyte molecule to pair with the improved organic anolyte.

“We bring the tools of chemists to a field that was traditionally the purview of engineers,” Sanford says.

“It’s a multipart challenge, but you can’t do anything if you don’t have stable molecules with low redox potentials. You need to work from there.”

The findings are reported in the Journal of the American Chemical Society.