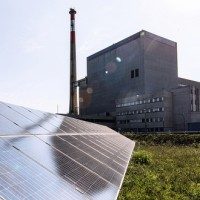 A former nuclear power plant in Austria is tapping another form of nuclear energy from a reactor situated a very safe 149.6 million kilometres away – the sun.

Construction of the nuclear facility at Zwentendorf an der Donau commenced in April 1972. However, six years later the then-completed plant was mothballed after a referendum; when 50.5% of Austrians voted for a ban on all nuclear power facilities in the country.

The Zwentendorf an der Donau plant, which cost around a billion euros to complete, was Austria’s first and only nuclear power station.

Since that time, it has mostly been used as spare parts for nuclear reactors in Germany, but now the facility is generating clean, renewable electricity using solar power.

1,000 solar panels have been installed on the façade, rooftop and surrounding area. The DC current generated by the solar modules is converted into alternating current by 43 Fronius IG Plus solar inverters. From there, the AC electricity is fed into the mains grid. 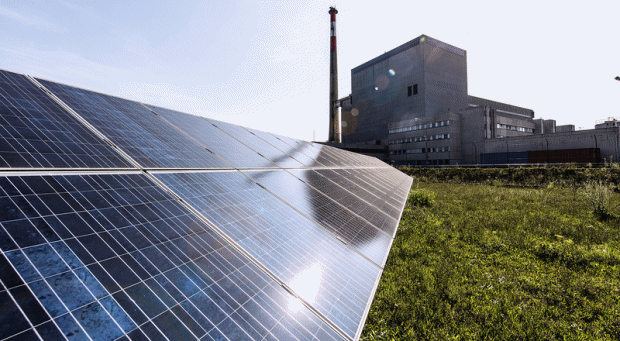 “The Zwentendorf nuclear power plant is symbolically significant for us,” says Martin Hackl, head of the Solar Energy Division at Fronius International GmbH.

” Even though the power station was never put into operation, energy is finally now being produced there. We can claim wholly without exaggeration that this is the safest nuclear power station in the world.”

Fronius says the Zwentendorf project reflects the company’s vision of ” 24 hours of sun”; a world in which all our energy needs are met through renewable sources.

Headquartered in Austria, Fronius has been developing electrical components for more than 70 years and entered the solar electronics sector in 1995. It has been the recipient of numerous awards, including Smart Grids Pioneer 2014 for its morePV2grid project; which sought to improve integration of photovoltaics into the mains grid.

Austrian-designed and made Fronius inverters have proven to be a popular choice in Australian commercial and home solar power systems.