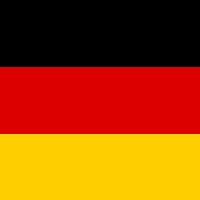 Nearly a third of Germany’s gross electricity consumption in 2016 is expected to have been sourced from renewables including wind, solar, geothermal, biomass and hydropower.

The Centre for Solar Energy and Hydrogen Research Baden-Württemberg (ZSW) and the German Association of Energy and Water Industries (BDEW) last week estimated 32% of the nation’s electricity will have come from green power sources this year – approximately 191 billion kilowatt hours.

Hydropower, biomass and waste, and geothermal power production all increased during 2016 – 13%, 3% and 12% respectively.

“The current figures show that the Energiewende [Germany’s energy transition] remains on track in the area of sustainable electricity generation. However, urgent action is needed in other areas,” said Prof. Frithjof Staiss, Managing Director of ZSW.

“Fossil fuel consumption is still too high, especially in the transport sector, and so are greenhouse gas emissions for that same reason.”

One of the challenges Germany is now facing in reaching its targets is related to expansion of the grid.

“The Federal Ministry of Economic Affairs has just confirmed in its monitoring report on the Energiewende  that the grid expansion is clearly lagging behind established and necessary goals,” said Stefan Kapferer, Chairman of BDEW’s General Executive Management Board.

“The gears of grid and renewables expansion have to be meshed more closely to reduce the enormous costs of stabilizing grids. This will also lighten the load on consumers.”

Just as it led with renewables, particularly solar; Germany is proving to also be an energy storage pioneer. In June this year, GTM research forecast Germany’s energy storage market to grow eleven-fold in megawatt terms between 2015 and 2021.

In terms of home energy storage, the most popular battery systems in Germany are manufactured by sonnen.