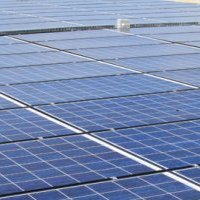 Hawaii looks set to be the first US state to put a firm use-by date on carbon intensive energy generation.

The state already has a goal of sourcing 40 percent of its power through renewables by 2030. The new compromise bill voted by its legislature early this week sets targets of 30 percent renewables in 2020, 70 percent by 2030 and 100% renewables by 2045.

Hawaii has traditionally been heavily dependent on imports of petroleum and coal for power. According to Hawaii State Energy Office, jn 2012, the state relied on oil for 71% and on coal for 15% of its electricity generation.

However, the dominance of filthy fossil fuels has been rapidly changing and the island state’s solar revolution is well under way.

“With 12 percent of our customers using rooftop solar, new utility-scale solar arrays that are scheduled to come online by the end of 2016, and our goal to triple distributed solar by 2030, Hawaii will continue to lead the way in the integration of rooftop solar,” said Jim Alberts, Hawaiian Electric senior vice president for customer service.

Hawaiian Electric Company ranked fifth in interconnections in 2014 and fourth in cumulative interconnections in the Solar Electric Power Association’s (SEPA) annual rankings. The state ranked seventh in the nation overall for solar power compared with larger states across the mainland.

The Company serves 95% of the state’s 1.2 million residents on the islands of Oahu, Maui, Hawaii Island, Lanai and Molokai.

Hawaii’s enthusiasm for renewables is motivated in part by climate change. Much of the state’s infrastructure is situated close to the water and sea level rise poses a very real threat. Some projections show Waikiki’s CBD could be submerged within a century.

Even with such motivation, reaching 100% renewables will be no mean feat and technical and regulatory hurdles have recently slowed growth of renewables and uptake of solar panels in Hawaii.