A ‘perfect storm’ of benefits is poised to turn Australia into a global hot spot for installation of home batteries, according to Clean Technica.

Because Australia has one of the highest uptakes of rooftop solar PV it is primed for a battery boom.

This gives households plenty of incentive to use home batteries like the Tesla Powerwall 2 to store solar energy captured during the day, and turn it into energy that can be used at night when peak demand occurs.

Reasons why Australia is primed for battery use

Yet other factors also line up to make home battery storage look especially appealing in Australia, according to CleanTechnica’s James Martin II:

A record 1.1 GW of solar panels was installed across Australia in 2017, according to the 2018 Clean Energy Report.

All solar panel systems currently on the market can be retrofitted to include popular batteries like Tesla Powerwall, Enphase AC and sonnenBatterie Eco. 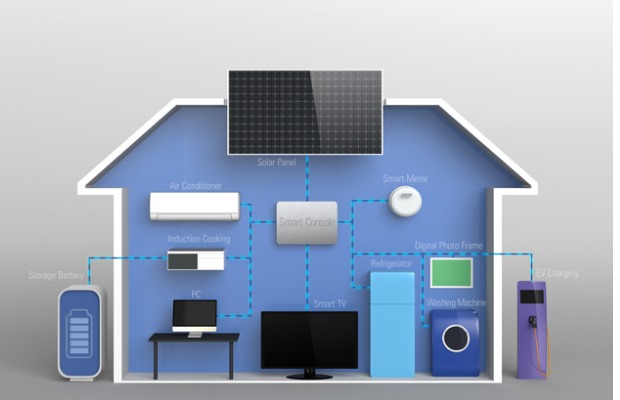 Home batteries are an important part of energy self-sufficiency.

According to Martin however, it’s generally most cost-effective to include battery storage when buying a brand new solar power system.

This means buying a hybrid inverter that handles batteries rather than the standard solar inverter.

With so much talk of battery storage, it’s easy to forget only 2 per cent of Australia’s solar grid-connected homes actually have it.

Martin says this is largely because battery costs haven’t yet reached their price tipping point. Falling costs led to a huge recent surge in sales and installation of solar panels.

The cost of lithium-ion batteries continues to fall however. In fact, financial analyst Morgan Stanley has predicted a 45 per cent fall in lithium prices by 2021.

Distributed battery storage is therefore on the cusp of having significant impact on household electricity networks.

Tesla Powerwall 2 is known for its user-friendly software. Because it offers backup power during blackouts, it’s a popular household choice. It’s also easy to install, multi-functional and good value for money.

The Tesla Powerpack, on the other hand, dominates the utility-scale market. The Powerpack also provides energy storage at the world-first ‘big battery’ located at Hornsdale Wind Farm in NSW.