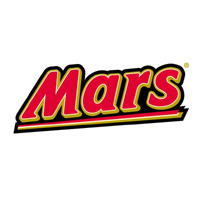 Mars Australia will buy power from a Victorian solar farm to achieve the equivalent of 100 per cent renewable energy by 2020.

The food giant signed a power purchase agreement with the Kiamal Solar Farm near the rural town of Ouyen in Victoria’s north-west.

The 450 MW solar farm has a 2019 completion date. Total Eren, a French renewable energy developer, will construct the facility for the Australian subsidiary of the American multi-national manufacturer of confectionery, pet food, human food products and provider of animal care services.

Mars’ energy use: ‘equivalent to a small country’s’

“We’ve got a pretty big footprint on this planet,” Barry O’Sullivan, a Wodonga-based general manager for the company told The Age newspaper. “Our energy usage in total is equivalent to a small country’s.”

Giant corporations are investing in power from solar farms.

The $90 million Kiamal project is part of Mars’ bid for 100 per cent renewable energy globally by 2040.

A year ago, O’Sullivan told The Australian the company was looking at alternative energy sources for its manufacturing plants. He said electricity prices had tripled over 2016-17.

“Looking further out and more strategically, we need a simple clear energy policy that gives confidence to investors to improve supply for the domestic market,” O’Sullivan said.

Key features of the proposed Kiamal Solar Farm include:

Mars is not alone in abandoning fossil fuels for renewable energy. In March this year, Microsoft broke new ground with the biggest single corporate solar agreement in US history.

The tech giant announced the purchase of 315 MW of energy from two major solar projects under construction in Virginia.

Microsoft also wants to reach 60 per cent renewable energy use by early 2020. Its datacentres currently source 44 per cent of energy needs from renewable energy, including wind, solar power and hydropower.

Households and businesses with solar panels can make better use of their energy by installing a Tesla Powerwall 2 battery.