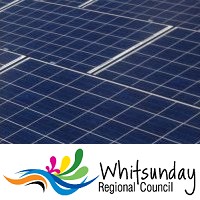 A development application for a change of use of land at Kelsey Creek in Queensland for the purpose of establishing a solar farm has reportedly been approved by Whitsunday Regional Council.

Should the project go ahead, the Kelsey Creek Solar Farm will consist of 192,000 solar panels and ancillary electricity infrastructure.

The facility will be connected to the Proserpine electricity substation at Kelsey Creek via either a 66kV underground cable or an overhead powerline.

Up to 200 workers will be on site at any given time during the construction phase, which will last around a year. Once operational, staff will not be required on-site; except for maintenance tasks.

Kelsey Creek Solar Farm is expected to operate for 20 – 30 years. At the end of its life, the site will be rehabilitated with view to returning it to agricultural activities.

There are currently around 1,202 solar PV installations in Kelsey Creek’s postcode (4800); totaling 4456.21 kW of capacity – so this new 50MW PV power station would boost the area’s total solar capacity dramatically.

Kelsey Creek Solar Farm was one of 22  projects selected from 77 eligible expressions of interest to proceed to the full application stage for funding from the Australian Renewable Energy Agency (ARENA). Competition is fierce, with more than three times the amount of funding available ($100 million) under the program being requested.

The goal of the funding is to reduce large-scale solar costs in Australia to potentially to less than $100 per MWh by 2020.

“The competitive round is expected to be critical in supporting this outcome by helping to close the current cost gap that exists between large-scale solar PV and other commercially competitive forms of power generation (including wind energy),” states ARENA.

Queensland scored nearly half of the 22 projects shortlisted by ARENA from across Australia. Any of the QLD projects that secure federal funding will also be eligible for the State Government’s Solar 60 program; which will provide additional financial support.