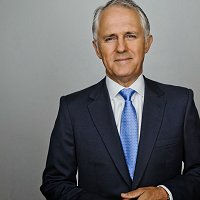 After the toppling of Tony Abbott, the mood among solar supporters this morning with regard to Prime Minister-designate Malcolm Turnbull could be described generally as one of cautious optimism. Very, very cautious.

“Yesterday Mr Turnbull announced to the nation that he wanted to be the type of leader who ‘explains the challenges and how to seize the opportunities’, a leader who ‘respects the people’s intelligence’,” said Claire O’Rourke, National Director of Solar Citizens.

“We’re glad to hear it. Here on the sunniest continent on earth, the majority of Australians want to see more solar and renewables, not less. The Australian people want to harness our plentiful solar resources to power our economy, create jobs, cut electricity bills and leave a better world for our children.”

With a new leader of the country about to take the reins, Solar Citizens says it’s a fresh opportunity to secure Federal government support for Australia’s solar powered future. The group is urging supporters to email  soon-to-be Prime Minister Turnbull, asking him ‘Stand Up For Solar’; including a goal of at least 50% renewable energy by 2030.

The Australian Solar Council is urgently seeking a meeting with Malcolm Turnbull to determine where the new government will stand on policy relating to solar power.

“The key question is this – will a Turnbull Government implement a strong positive solar policy?”

The Clean Energy Council says while there is still much uncertainty, there is cause for hope.

“It is no secret that our industry had a tough time under Prime Minister Tony Abbott. But Malcolm Turnbull has a much better track record when it comes to renewable energy,” said the CEC’s Chief Executive, Kane Thornton.

“Not a lot of change in the immediate term, one suspects, but a complete change in atmospherics, and of perspective, particularly in the lead up to Paris.”