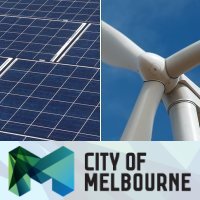 A City of Melbourne-led initiative will see some of the city’s best known businesses and organisations support the development of a new renewable energy based power generation facility.

The consortium aims to purchase 120GWh of electricity  – enough to power more than 31,000 households and avoid 151,200 tonnes of carbon emissions each year.

The construction of a facility to supply the power will also see 140 jobs created during the construction phase and 12 ongoing positions in operation and management.

“Diversifying our energy supply and supporting innovation is a must for the future of our city,” said Lord Mayor Robert Doyle. You don’t get to be the most liveable city in the world without a strong focus on sustainability and prosperity.”

Industry briefings for the Melbourne Renewable Energy Project will be held on December 15 and tender documents are expected to be made available early in 2016. The consortium is seeking shovel-ready projects with planning approvals in place that can supply electricity at competitive rates.

“Transitioning to a clean energy future is not only good for the environment; it’s a smart long-term business decision,” said Chair of the City of Melbourne’s Environment Portfolio, Cr Arron Wood.

“We’re creating a blueprint to inspire other organisations who want to see more investment in renewable energy in Australia. It’s a win for regional jobs and a win for a sustainable Melbourne.”

The City of Melbourne has set a goal of achieving carbon neutrality by 2020 and a target to source a quarter of the city’s electricity from renewable energy sources by 2018.