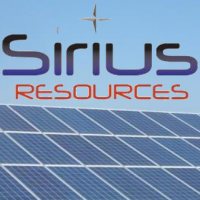 Sirius Resources has announced details of a solar/diesel power station for the Nova nickel mine in Fraser Range, Western Australia.

The solar aspect of the project is expected to generate around 12.5 million kilowatt-hours per year. The contribution of the solar panels will save the transport and consumption of approximately 3 million litres of diesel annually.

Up to half of the Nova mine’s power demand will come from solar during peak sun hours.

The Nova power station will not cost Sirius Resources anything up-front and electricity generated will be paid for under a 10 year power purchase agreement (PPA).

“I am personally very proud to have the opportunity to apply renewable green technology at a mine site, using a proven system and at no capital cost,” said Sirius’ Managing Director Mark Bennett. ” It shows that mining and environmental responsibility are not mutually exclusive concepts, and that it is possible to operate in a way which benefits our shareholders, other stakeholders and our planet.”

The Nova Nickel Project involves an underground mining operation and surface processing plant. The presence of copper and cobalt in the deposit is expected to provide significant by-product credits that will reduce the cost of nickel production.

The plummeting cost of solar is making the clean power technology increasingly attractive to mining operations.

Australia will soon host the world’s largest off grid solar power system used in the mining industry; a 10.6MW solar farm at DeGrussa Copper Mine in Western Australia.

On a much smaller scale, a solar array has been powering radio and data communications systems at a mining site in Western Australia since 2011.

Energy Matters’ parent company, SunEdison, won a contract in 2014 to supply power from its 69.5MW Javiera solar farm to Chile’s Los Pelambres mine.