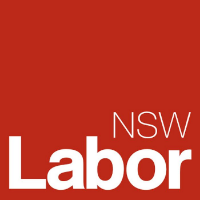 The Labor opposition in NSW wants the state to adopt electric vehicle (EV) fleet targets of 25 per cent by 2025.

The Labor party is also pledging to commit $10 million over three years to electric vehicle infrastructure and $1 million for a promotional EV campaign.

If elected in the state election, which is due on Saturday, March 23, 2019, Labor also aims to reform planning regulations. This would include regulations to encourage residential apartment blocks to install EV charging stations.

A NSW Labor government would allow zero-emission EVs to drive in transit lanes until 2023.

As CarAdvice reports, all multi-unit or mixed-use developments would then be required to have EV charging infrastructure.

The National Roads and Motorists’ Association is backing the plan. Chief Investment Officer of the NRMA Rachel Wiseman says governments should play a “practical role” to boost EV adoption.

She said the government could incentivise private purchase of electric vehicles and also increase their own EV fleet targets.

The ACT Labor government is also being ambitious in terms of its EV fleet targets.

The government has released plans to lease only electric vehicles by 2021. It has set an interim goal of 50 per cent EV fleet targets by 2019-20.

This is in line with its target of 100 per cent renewable energy by 2020. As a result the ACT is positioning itself as the EV leader in Australia.

It wants charging stations in all multi-unit and mixed use developments. The government also wants to install public charge points on major routes.

Meanwhile, the ACT is also calling for incentives to encourage the use of e-bikes. These electrically assisted bicycles would then replace some cars.

Metro will use its ‘Metro Green’ initiative to offer customers a discounted finance rate. This will then apply if they purchase low-emission cars and includes EVs.

According to the Electric Vehicle Council, it costs a few dollars to charge up an EV for a 100 km drive. As a result, it’s around four times cheaper to run an EV rather than a traditional fuel-powered car.

It’s also cheaper to maintain an EV because they have fewer moving components than traditional, internal combustion engines.