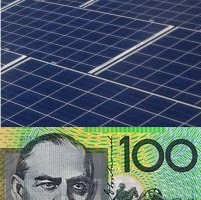 A Northern Territory government initiative that can knock an additional couple of thousand dollars off the price of a solar power system has been very well received.

The scheme, which formally launched just a few weeks ago, has already generated almost $3 million dollars of work for Northern Territory tradespersons and small businesses.

“It is achieving what it was specifically designed to do; to increase small-scale home improvement and maintenance activity and keep work flowing for construction-related small businesses.”

As of yesterday, 560 homeowner voucher applications had already been received; with 135 approved so far. 768 tradie registrations have been processed, approved and are appearing on the Home Improvement Scheme website.

Among the approved businesses is Energy Matters partner, Country Solar NT; an award-winning family-run Darwin business that has been providing excellence in solar installation services since 2010.

The Scheme will enable at least 10,000 Territory homeowner-occupiers to receive a voucher of up to $2,000 to go towards minor home improvements (including installing solar panels), repairs or maintenance works. One of the conditions is homeowners must utilise registered, local small businesses or tradespersons and kick in at least an equivalent amount.

The Scheme provides a great opportunity for Territorians to start saving on and with solar. According to Energy Matters, a 5.2kW solar power system installed in Darwin can return a financial benefit of up to $2,193 a year – depending on installation scenario and a household’s electricity consumption profile.

The initiative is no doubt stirring up just a little bit of envy in the rest of Australia.

The Scheme adds to the existing generous national solar subsidy also currently available; an incentive that will be reduced in the not-too-distant future.

It seems there’s never been a better time to go solar in the Territory.

Further information on the Northern Territory’s Home Improvement Scheme can be viewed here.