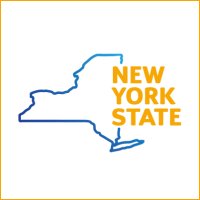 The five projects will add approximately 116 megawatts of capacity and generate around 356,000 megawatt-hours of clean electricity per year; enough to provide for the power needs of 54,000 average-sized homes.

The largest project is the 100MW Ball Hill Wind Farm; which will be constructed in Chautauqua County, in the towns of Villenova and Hanover.

“Through these projects, we are developing a world-class technology infrastructure while using the renewable energy necessary to reduce our carbon footprint and create a greener New York,” said Governor Cuomo.

According to NYSERDA, every $1 invested in RPS Main Tier projects sees $3 in economic benefits for New York state in  the form of jobs, payments to public entities, purchase of goods and services within the state and land leases.

The weighted average award price for this round of projects $24.57 per megawatt-hour over the 20-year terms of the awarded contracts.

“Under the State’s 2015 Energy Plan, New York now has a clear path to reduce greenhouse gas emissions and increase the use of renewable energy resources, and these projects help advance the plan’s goals,” said John B. Rhodes, President and CEO, NYSERDA.

New York’s State Energy Plan has set a 2030 goal of 40% reduction in greenhouse gas emissions from 1990 levels, 50% of energy generation from renewable energy sources and 600 trillion Btu increase in statewide energy efficiency – the latter equating to a 23% reduction in energy consumption by buildings. The State also has a longer term goal of decreasing total carbon emissions 80% by 2050.

Also announced by Governor Cuomo last week were 53 state-supported combined heat and power (CHP) projects. When these projects join the ranks of existing CHP installations, they will collectively offset more than 200 megawatts of grid power, equivalent to the energy required to power more than 32,000 homes.