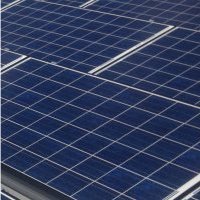 A $1.1 million initial study could ultimately lead to the construction of a town in New South Wales’ Hunter Valley that will be entirely off-grid and powered by renewable  energy.

The Australian Renewable Energy Agency (ARENA) announced this morning it was providing $442,000 for a study relating to Huntlee, which will be the first new town in the Hunter Valley in 50 years

Developed by LWP Property Group, Huntlee will house 20,000 new residents in 7,500 homes. Huntlee is located at the start of the Hunter Expressway; 50 minutes from Newcastle, 20 minutes north of Cessnock and 27 minutes from Maitland.

ARENA CEO Ivor Frischknecht said given the significant costs of connecting the town to the mains grid and the falling price of renewable energy options such as solar power and battery storage, it was a good opportunity to delve into the possibility of ditching the grid altogether.

“If this latest work shows renewables, battery storage and enabling technologies can reliably and cost effectively power new suburbs, it could set a precedent for residential developments and potentially accelerate the uptake of renewables in Australia,” Mr Frischknecht said.

Brookfield Energy Australia, through Flow Systems, will work with Siemens, Kinesis and CSIRO on the project; which will help boost knowledge and address some of the current barriers to uptake of microgrids in Australian residential developments. This knowledge will be shared with energy and development industries.

“We’re excited by the possibility of developing Australia’s first town-scale greenfield microgrid and all of the advantages that level of innovation would bring to our residents and commercial operators,” said Huntlee Project Director Stephen Thompson.

While Huntlee may ultimately be the first new town in Australia to be constructed as a totally off-grid settlement; a number of existing towns throughout the nation are examining ways to be powered by 100% renewables, including Uralla and Tyalgum.

Other new residential developments that have been tinkering with solar and battery storage include White Gum Valley and Akilmos Beach in Western Australia.

ARENA was established in 2012 to improve the competitiveness of renewable energy technologies and increase the supply of renewables in Australia. The agency has committed more than $1 billion to 230+ projects so far.