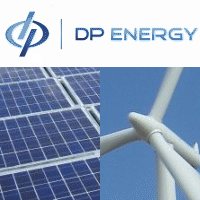 A  proposed wind and solar farm near Port Augusta in South Australia could create approximately 600 jobs during its construction phase.

According to The Flinders News, the company behind the project, DP Energy, hopes to lodge an application for the project in September and for the South Australian government to have granted approval by next year. If that should eventuate, construction will commence in 2017 and continue over three years.

59 wind turbines of 2.5MW – 3MW capacity will be constructed and the solar element will consist of ground mounted PV modules.

The facility will cover around 5,400 hectares of land running from Port Paterson in the north to Winninowie in the south.

DP Energy says the wind resource at Port Augusta is extremely reliable since the wind is thermally driven and the site offers significant solar irradiation. The site is also close to the Davenport substation, one of the most robust points on the South Australian electricity network.

While the jobs would be welcomed in Port Augusta given the looming loss of the local coal-fired power station, some residents are concerned about the aesthetics of the facility and have suggested an alternative location 10-15 kilometres north of the town.

DP Energy says it will continue to consult with all involved to address any concerns. The photo below is a representation of how the facility will appear to some of the residents expressing misgivings. While the turbines will be quite a distance away, DP Energy have suggested they may be able to alter the colour of the turbines so they blend in better with the Flinders Ranges in the background:

Port Augusta is becoming a hotbed of renewable energy related activity, but anything substantial in terms of large scale clean power stations is yet to come to fruition. Repower Port Augusta is continuing its campaign for the construction of a solar thermal power plant in the area to replace the coal fired power station.

Elsewhere in South Australia, another major wind facility in the pipeline is the massive $1.5 billion Ceres Wind Farm on the Yorke Peninsula. The South Australian government recently reacted angrily to the Abbott Government’s attempt to prevent the Clean Energy Finance Corporation (CEFC) from investing in new wind energy; saying it could threaten the Ceres project.