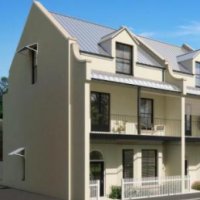 The Prince’s Foundation for Building Community has partnered with Defence Housing Australia (DHA) to build a dozen solar-powered, ultra- energy efficient homes in an inner-city suburb of Adelaide.

Construction of the demonstration project at Bowden, called The Prince’s Terrace, Adelaide, will start before the end of this year. The project will see eight terrace homes and four mews apartments built, all of which will achieving a six-star Green Star rating, the first development of its kind in Australia to do so.

Some of the features include ceiling fans in conjunction with small but highly efficient air conditioning systems provided to cope with  Adelaide’s sweltering summer temperatures.

In addition to LED lighting, solar panels will be installed help to reduce the peak power demand of the homes.

In terms of water, very high efficiency water fittings will be provided, with toilets and laundries supplied with 100 percent recycled water.

According to the Prince’s Foundation, the dwellings will consume an estimated  50 percent less energy and 50 percent less potable water than a typical urban town house, with each home’s carbon footprint slashed by more than 40 percent when compared to a standard home.

“The Prince’s Foundation has projects all over the world including in the UK, China and the Galapagos Islands but this will be its first project in this part of the world.”

The Prince’s Foundation teaches and demonstrates sustainable development, placing community engagement at the heart of its work.

“The Prince’s Terrace, Adelaide, brings alive many of the key principles of the Prince’s Foundation for Building Community,’ said Victoria Chester, the Foundation’s Executive Director. “It evokes the local heritage and uses local materials to create a harmonious and enduring community that focuses on environmental sustainability.”

DHA will allocate a number of units to Defence members and their families.

The project is part of a major redevelopment in Bowden. Renewal SA, a government department guided by the 30-Year Plan for Greater Adelaide, acquired a 16.3-hectare site in the suburb that has since been transforming into a vibrant inner-city destination combining history and culture with high quality architecture and sustainability.