Queensland is experiencing a renewable energy jobs bonanza, with employment in the sector rising to 7,194 in October.

That’s according to the latest Renewable Energy Index for October, published by Green Energy Markets.

It was also the only state to sign off on major new large-scale renewable energy projects in October: the Kennedy wind, solar and battery park, and the Emerald Solar Farm.

This would see North Queensland housing the largest renewable energy project in the world.

Renewable energy jobs in Queensland have hit over 7,000

Total jobs created by both commercial and rooftop solar in Queensland have doubled in four months, from 3,643 in June, to 7,194 in October.

The $160 million Kennedy Energy Park began construction last month after securing finance from the Australian Renewable Energy Agency (ARENA). Upon completion of phase one a $2 billion investment will see the park expand to 1,200MW in size. 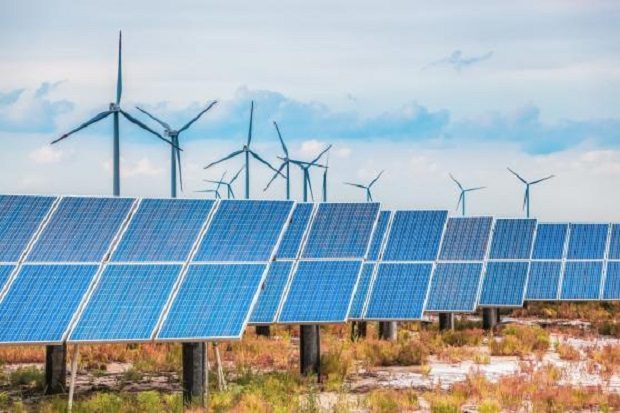 Nationally, installations of rooftop solar systems broke 100 MW in October. The 106 MW installed capacity is enough to power 28,000 homes. According to the report, this record capacity increase was only exceeded in 2012, when feed-in tariffs were three times higher.

“Electricity consumers are flocking to solar to shield themselves from the significant electricity price rises that have unfolded this year,” the report says.

The figures back this finding, with 15,736 small-scale solar installations going ahead last month.  The sector supported nearly 6,000 renewable energy jobs in October.

This increased capacity is good news for solar customers, with the report estimating bills savings from rooftop solar of $195 million.

As at October 2017, renewable energy sources made up 20.3 per cent of the electricity generated to Australia’s mains grid. This, the report found, was enough to power 7.8 million homes.

In addition, construction activity continued on 3,810 MW of national large-scale renewable energy projects. Although Queensland was the only state to break ground on new capacity, these national projects employ 12,925 people.