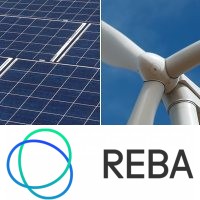 Dozens of America’s biggest companies have joined with several non-profit organisations to form the Renewable Energy Buyers Alliance (REBA), which has set a goal of developing 60 GW of new renewable capacity by 2025.

REBA is a coalition led by BSR (Business for Social Responsibility), Rocky Mountain Institute, World Resources Institute and World Wildlife Fund. The alliance wants to galvanise the nation’s most successful businesses into climate action by removing barriers to corporate purchasing of solar and wind power.

“In 2015, we found out that companies signed more than 3 GWs of renewable energy purchases, tripling from 2014,” said Hervé Touati, managing director, Rocky Mountain Institute. “More companies want to power their operations with renewable energy, but navigating the path to renewables is harder than it should be.”

With major American companies setting ever-higher renewable goals, pressure is building on developers to provide new supplies of green energy for a new class of corporate customer – which in many states has overtaken traditional government or privately-owned retailers of electricity.

REBA is joined by over 60 of the country’s most iconic and profitable companies, including Microsoft, Google, Facebook and General Motors. Backed by enormous buying potential, the alliance hopes to secure long-term power purchase agreements (PPAs) with renewable energy generators and foster investor confidence in new renewable projects.

“There is real potential to expand renewable energy affordably when customers, utilities and developers collaborate. REBA allows us all to be more effective in a complex and rapidly changing sector. We see innovative deals emerging between these players that unlock real value for everyone on the grid.”

Recognising the web-based nature of success in modern-day business – and the impact all that processing power has on the environment – REBA’s Future of Internet Power Initiative would seek to bring together companies together with power providers, utilities, and policymakers to increase the use of renewable energy in data centres.

“We need to develop more new sources of renewable energy, and we need to make it easier for companies of all kinds to use renewable energy,” said Bill Weihl, director of sustainability at Facebook. “We know from our experience with initiatives like the Open Compute Project that openness and collaboration help everyone move faster, and we’re excited to work with the other founding members of REBA to help green the grid. Together we will all have a much greater impact.”