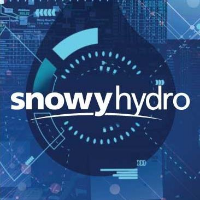 The ambitious Snowy 2.0 hydroelectricity electricity generation and storage project has been approved by the Morrison Coalition Government.

The Coalition has committed funding of up to $1.38 billion, as reported by ABC News. Snowy 2.0 will see a new underground power station built in the remote Snowy Mountains of NSW.

The project, managed by the Snowy Hydro company, now moves to early works stage. However, it will take several years to reach completion.

This is the first major energy venture under the Government’s Underwriting New Generation investment program. The program is controversial because it doesn’t rule out coal-fired power investments.

Snowy Hydro says the full Snowy 2.0 scheme will cost between $3.8 billion and $4.5 billion. The company will supply the remaining funds itself.

The project will create around 2,400 jobs and 5,000 related jobs across the region.

The Morrison Government has also announced $56 million funding for a second Bass Strait interconnector. This will link Tasmania with mainland Australia’s electricity grid.

As a result the Tasmanian and Victorian economies will receive a $1.6 billion boost. The interconnector will also create 1,400 jobs according to government projections.

This is part of a plan to make Tasmania the ‘Battery of the Nation’.

However, the fund has been attacked by the Clean Energy Council (CEC) and Climate Council (CC) for its lack of funding for renewable energy like solar panels and battery storage.