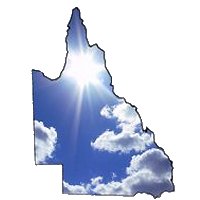 While not everyone supports publicly-owned energy generation, state Energy Minister Dr Anthony Lynham says keeping electricity assets in public hands will provide benefits for Queenslanders. He says it will also support the transition to a strong renewable energy sector.

CleanCo will focus on renewable energy generation, such as hydro and large-scale wind and solar installations.

Lynham describes the generator as “all Queensland and all renewable”. He added that CleanCo will “build, own, operate and maintain a portfolio of clean energy assets for the benefit of all Queenslanders”.

CleanCo has been in the development stage since last year. The government says it will:

Queensland Deputy Premier and Treasurer Jackie Trad said the new executives were leading the smooth establishment of the publicly-owned generator, along with its inaugural chair, international management consultant Jacqui Walters.

CleanCo is only one part of Queensland’s structural reform of its energy market. According to Lynham, 21 large-scale renewable energy projects are underway, and another $2.5 billion worth of projects are in the planning stages.

Lynham says Queenslanders have enthusiastically embraced renewables. For example, so far over 2,000 applicants have taken up the government’s offer of interest-free loans to install rooftop solar panels and energy storage batteries.

The government implemented the scheme in 2018, investing $21 million. It says solar panels from the scheme could save customers up to $700 per year in electricity bills.

Queensland already has the highest uptake of rooftop solar installations in Australia. The loan scheme should drive the uptake of solar and storage technologies further still.